The Backbone of your business

Computer cabling is the circulatory system of your network. If your structured cabling is done poorly or incorrectly, you will have problems with your network. Network cabling is an office system that rarely anyone sees, knows about, or often understands; but its impact to daily operations is vital. When properly installed by professionals, network infrastructure hardly crosses anyone’s mind. However, when the infrastructure is poorly installed there will not be person in the office that is not effected.

Neves Media installs all cabling neat and organized for the purpose of making diagnosing problems that may occur in the future much easier. We offer a large selection of cabling manufacturers so that we can be sure to provide you with the best solution for the best price. 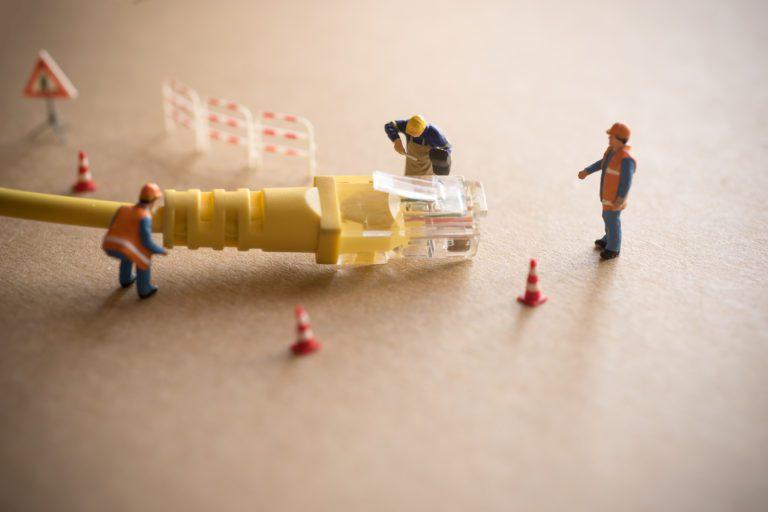 Contact Us Today For A Quote On Your Cabling Job!

Today, current cabling is done with Category 6 UTP data cable and, depending on your environment, could be plenum or riser rated cable. The difference between the two refers to the jacket surrounding the cable.
Plenum
Non-Plenum
Cat 6 Cable
Fiber Optic Cable

Plenum cable (CMP) is cable that is installed within the ‘plenum’ space of buildings. This is the area that can allow air flow for HVAC systems by providing pathways for returned air. In short, the ‘plenum’ space refers to the space above a drop ceiling and below the structural ceiling. The plenum designation refers to a rating for fire rated standards. From a network speed standpoint, Plenum vs Non-Plenum are identical. The plenum space that was previously referred to can allow fire to spread extremely quickly. This is in large part due to the air flow that is freely available is plenum spaces. Plenum graded cable reduces the toxic fumes that would be let off from the burning of a non-plenum cables. This is due to the fire resistant shielding that is included in plenum grade cable.

Non Plenum, or Riser Rated (CMR) cable, is cable that does not adhere or meet those fire rating standards. Non Plenum or Riser cable typically runs through non air circulating areas. This cable is often referred to as PVC (polyvinyl chloride), and is much less expensive in comparison. As stated under the Plenum tab, plenum and non-plenum grade cable have near identical network capabilities. For this reason, the only real advantage that plenum offers over non-plenum graded cable is its fire resistance.

Category 6 is the standard for Gigabit Ethernet, as well as the current standard for business installations. It is important to understand that for a network to be correctly installed to Cat6 standards, the wall inserts, patch cables, patch panels, and cable must all adhere to Cat6 levels of performance. If you have a network infrastructure that has a mix of Cat6 and Non-Cat6 networking equipment, your internet speeds will be limited by the slowest piece of equipment. Our Network analysis team can perform an on-site survey to determine where any bottlenecks in your system may be. From there our team can advise on the best course of action to bring your infrastructure up to a homogeneous

Multi-Mode Fiber optic cable is used in most business office environments. Single Mode fiber is used over long distances and in scientific environments. Fiber is classified by core/cladding size such as 50/125 or 62.5/125 referring to micrometers. Like Ethernet Cable, fiber optics is broken into categories as well. Below we’ve outlined the typical fiber and distance limitations: